Today we did a very importance assembly about a very special event - Remembrance Day.  It is held on the 11th November because World War I ended on the 11th hour of the 11th day of the 11th month in 1918.  We wear a flower called a poppy, which are symbols of Remembrance Day, because they grew in the battle fields of France, where the soldiers fought.  In our assembly, we told our parents and the rest of the children all about Remembrance day: I thought everyone did really well.  Jazmine and Martha were extremely brave and sang a duet called 'Fields of Poppies', if you click on the link below you will be able to watch their performance: it was beautiful. We had a two minutes silence whilst listening to the Last Post and sang a song of remembrance to think of all the people who have given their lives for our futures - especially the many men from Trawden who died fighting during WWI. We remembered them by creating a Roll of Honour with their photos and Regiment information around the hall.  Thank you to everyone who attended.  Thank you most of all to all of the people that fought for us. 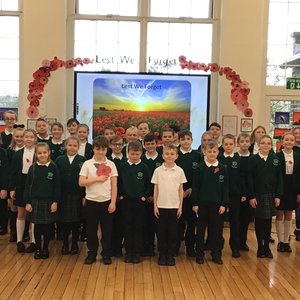 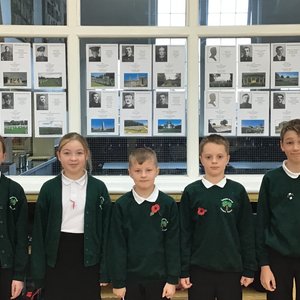 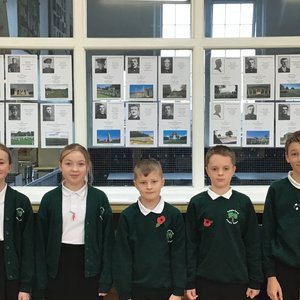 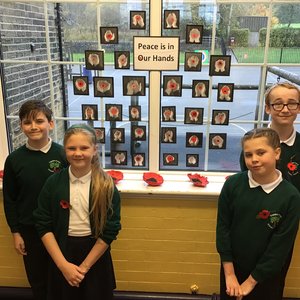